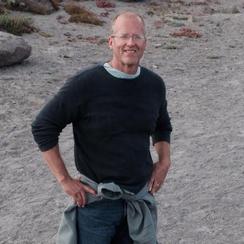 Paul was raised Catholic but at the age of twelve was befriended by a parishioner of Assembly of God Church in Eugene, Oregon.

Twenty-four years ago, while listening to the J. Vernon McGee radio program (Thru the Bible), Paul was struck by the great teacher of Christian doctrines.  Consequently, he meticulously went thru the five volume set, McGee wrote.  Even after twenty years of studying Paul marveled how great teachers, such as McGee overlooked the close personal relationships of Jesus. Such as the fact Joseph was dead and what the ramifications were to this fact. It grieved Paul, hearing many Christians ask; What did Jesus do before He was thirty? Paul thought it was evident what Jesus did, He lived out the Word in the flesh and took care of His widowed Mother and fatherless siblings (James 1:27 written by Jesus half-brother).  Paul noticed Jesus was handing the care of His mother over to a family member in verse John 19:27. Apparently the fact John calls himself a disciple had thrown theology to ignore the fact that some in Jesus' Family were disciples.

Over the course of several years, Paul noticed many other things about Jesus' life that hasn't been written.  Paul is dyslexic, and writing is very difficult endeavor and hoped someone with great accolade would notice because there are thousands of books written about Jesus, but virtually none on His family. Paul felt the Spirit in his heart move him to set the record straight about Jesus Family relationships and about the Lords walk on earth. During a walk, pondering what to do about it, he saw something he interpreted to be a miracle. This inspired  Paul to do the impossible for him, write a book.